Not Too Late for the Sky!

I wrote a r&r diary entry on my band's website, I decided to just cross-post it here this a.m. 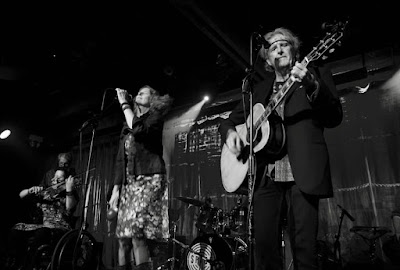 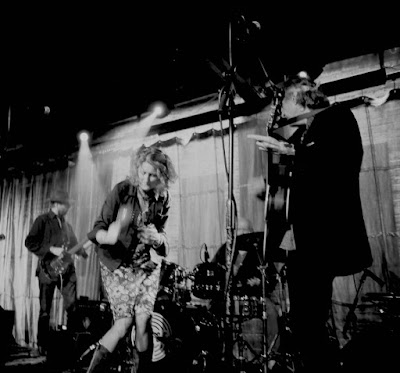 The calm after the storm. This was a storm of our own making. We played at the fabulous Evanston SPACE on Wednesday Sept. 4. It truly is one of the great music rooms. SPACE puts on more than 300 shows a year, acts from all over the country. Photos of past performers on the walls of the Green Room include: Richard Thompson, Lucinda Williams, Lone Bellow, Alabama Shakes, Stanley Clark.

Our show felt like some kind of culmination. I’m not very good on reflecting what we’ve accomplished, I am much more focused what we are gonna do, but this night brought together so many people that we have met over the years, folks we’ve worked with, performed with, rambled and rocked with, so many of our creative fellow-travelers and inspirers from the world of theater, music, art, plus all those folks from our typical day to day. Our lives flashed before our eyes. It was sort of marvelous. We do have the best fans, no doubt.

The Lovely Carla and I could really feel the love in the room. It was a wave that washed over our band. One person commented, “You were all so on.” It’s true, that’s how it felt to us too, we felt pretty tight, the first song, “So Clear,” kicked off and the set ran out ahead of us like a wild stallion. We held on for all it was worth.

We truly possessed the moments as they rolled out.

It was awesome to share the night with our good friends Ex Maquina! Our two bands promoted the hell out of the show, and amazingly, we filled that room nearly to the brim. It’s Friday morning, the morning after the morning after, the calm after the storm. I’m sipping coffee and listening to Jackson Browne’s “Late for the Sky,” one of those great, moody, reflective records. I mean, I don’t think I’m late for anything, but these words dance in my consciousness, this a.m. and it feels so right: