Play Misty for Me! 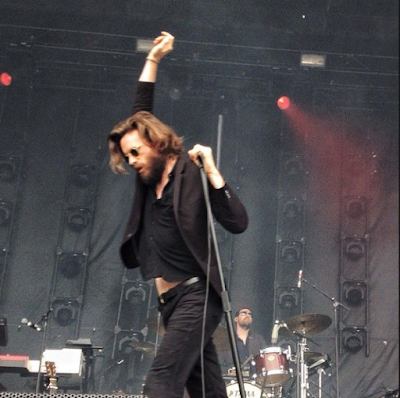 "Mara taunts me 'neath the tree
She's like, "Oh great, that's just what we all need
Another white guy in 2017
Who takes himself so goddamn seriously."
She's not far off, the strange thing is
That's pretty much what I thought when I started this..."
Father John Misty

Father John Misty (see previous post) has lots to say about a lot of things. He is oh so quotable. His record Pure Comedy got me interested enough to check around to see what else is on his mind. He is a glib, intelligent, articulate Messiah. Hell, I look for wisdom, humor and insight wherever I can. Father John Misty is what they call in the Newspaper Biz "a good interview."

"Over the past 20 years, we've thought of conservatives as being these Buckleyite, moralistic, financially austere people who believe in dignity and free speech. With Donald Trump, we've seen none of them really give a shit about all of that. They're applauding him dumping a trillion ghost bucks into the economy and expanding the military and cutting taxes for the wealthiest. He is clearly not a Christian. What it shows is that the center of their worldview is a culture of resentment. That's the humming dynamo at the center of all of it.

What a crazy coincidence that the teaching of Christ sees to be so compatible with late-era capitalism, suburban isolation, rampant consumerism. And so I am not ever surprised when I see evangelicals contort themselves to justify supporting Donald Trump. There is so much animosity for Hillary Clinton in that world that people like my parents voted for Donald Trump."

Women in Pop Music (he has written songs for Beyonce and Lady Gaga):

"There's just so little dignity. I know half a dozen women in the industry, and it does treat them like human cattle. Around the Nineties, the industry decided it didn't want to work with artists anymore because they're a pain in the ass. They realized, "We just need people with dreams of being a pop star. Not people who work to make music – people who submit to anything it takes." This hilariously incoherent idea that feminism is the byproduct of that world drives me insane.

Also, a lot of them tell me that they look at my experience in the indie world and they go, "God, I would give anything to be able to do that, to have the freedom you have."
Posted by sunnyjimmy at 7:58 AM