"Stupid Russian Watergate" with a Side Helping of "Stormy!" 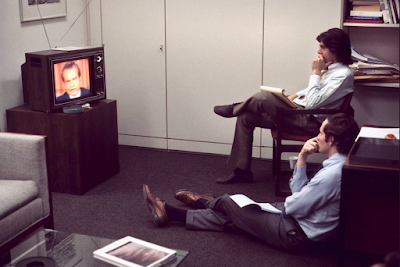 Some of us are calling our current Constitutional Crisis, "Stupid Russian Watergate." So many resonances with the Watergate Scandal in the early 70's. Corrupt and Venal President, facing down the Department of Justice, Committing Crimes, Covering Up Crimes, Intrepid Reporters digging for the Truth. The Truth bringing a Powerful Man Down.

Of course, "Stupid Russian Watergate" is the stupid iteration of the narrative. Nixon was a smart, crafty, seasoned Politician, with a tight-knit team (Haldeman, Erlichman), around him, willing to take a bullet for the man. Little Baby Man... not so much. Think a fool, a clown, a blustering fat man, who has spent most of his adult years bullshitting everyone within earshot, surrounded by craven, boot-lickers with no loyalty or integrity, just obsequious toadies, looking to scam some $.