The Sadness of Being Human. 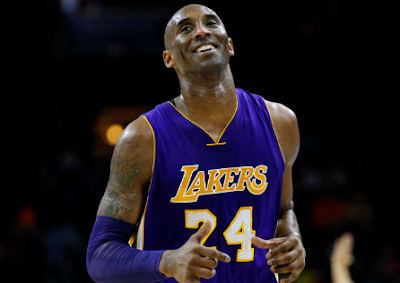 I did not know Kobe Bryant personally . I only knew him through his work. He was an extraordinary basketball player. One of the finest who ever played the game. Even though I am from the Midwest, and Michael Jordan and the Chicago Bulls were "my team," I always rooted for Kobe when he played with the Lakers. If he and the Lakers played Michael and the Bulls, well, that was always a treat. Two of the best going head to head. It was always, thrilling, amazing, inspiring to watch them work. Both of them played with fierce competitiveness, but also with uncommon grace and beauty. Yes. It was a powerful, totally captivating aesthetic experience to watch Kobe and Michael play the game. Breathtaking.

The news of Kobe's tragic death has left me in a pool of tears this morning. I broke down and cried like a little baby.

It happens every day. That's reality. Senseless. Devastating. Heart-breaking. Actually none of these words do the job of describing the deep well of sadness that opens up. Thank you Kobe Bryant. So much joy. So much sadness. I will always remember Kobe's grace, his wonderful smile.

The soundtrack this a.m. is Sun Kil Moon's "Benji." (2014) - It's beautiful. A long meditation on death. A long cry. A vigil. A mourning. Not the the kind of record you just aimlessly put on the box. It will bring you to tears. It will open you up. Mark Kozelek is a major character. Unlike anyone else. He plays a nylon-string guitar. He has a deep voice. He sings about death, and accidents, and suicides and the sadness of being human. It's beautiful. Powerful. Recommended.
Posted by sunnyjimmy at 8:10 AM