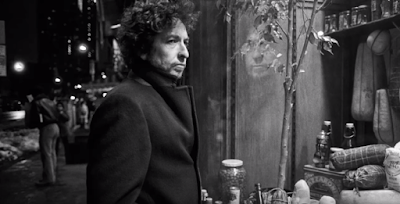 I am still in the midst of my Dylan Obsession. Almost exclusively listening to Dylan these days. It's been like that for months and months.

Bob Dylan. Genius. For sure. He is a perverse genius. For sure. He recorded one of his greatest songs, "Blind Willie McTell," in 1983 with Mark Knopfler for his album, "Infidels," but then left it off the record. Puzzling. It was released in 1991 on the Bootleg Series.

The "Bob" of "Infidels," "Oh Mercy" and "Under the Blood Red Sky," is one of my favorite Bobs.  The Post Conversion, Post-Apocalyptic Preacher Man, bringing a cold, brutal eye of Judgement on Mankind.  It's Old, Old Testament Bob.  A voice conjuring a dark world. You know, our world (see previous post). Read the headlines. See what's going down in the palaces of power and greed, all over the world.

"Well, God is in His heaven
And we all want what’s his
But power and greed and corruptible seed
Seem to be all that there is
I’m gazing out the window
Of the St. James Hotel
And I know no one can sing the blues
Like Blind Willie McTell"

Bob Dylan
Copyright © 1983 by Special Rider Music
Posted by sunnyjimmy at 8:01 AM