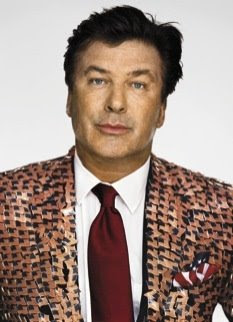 Embroidering on this thought, Baldwin imagined an actor who signs up for the quick money of a sitcom pilot quite confident that the show will never be commissioned: “The agent’s saying, ‘Don’t worry, it’s the biggest piece of shit in the history of show business.’ Cut to six years later: you’re in your dressing room, you’re in season five, and on the wall are posters of you from the New York Shakespeare Festival—these achingly beautiful posters on the wall. By that point, you’re making a hundred and seventy-five thousand a week, you’ve got a house in East Hampton, you’re getting laid constantly, you’ve got closets of beautiful Italian suits, and you’ve got three cars in the garage and you’re paying alimony to your ex-wife who’s living down in Florida. And you’re doing the same jokes, again and again and again.”

Posted by sunnyjimmy at 7:15 AM