Who Said the Rock Could/Couldn't Act? 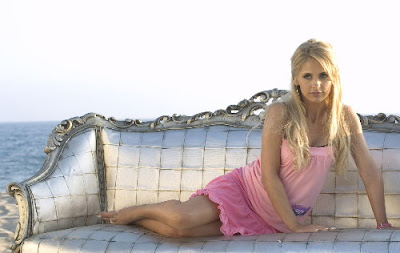 Not many people saw it. It came and went in the blink of an eye. It was pummeled by the audience at Cannes. Did it kill Richard Kelly's career? I hope not. Donnie Darko is one of my all time favorites and this one might be some kind of mad masterpiece. I'm not sure, but I think it might be great. Plus it's got a superb soundtrack by Moby!

I think I loved Richard Kelly's "Southland Tales." What a kooky movie. Borders on the ridiculous, no, sometimes goes completely over the border. That's what I like to see. Someone takes a chance, does something really unique. Willing to fail. Daring to fail, and maybe somehow, improbably, pulling it off. What a great flick!*

*UPDATE: My mind was racing while I went for a run. Just why do I think Donnie Darko and Southland Tales are great films? Richard Kelly has made movies that for me are multi-layered. There's more than meets the eye. Multiple viewings of Darko has opened up a number of sub-layers for me. It's about alienation, and time and space anomalies, and spirituality, and clairvoyance. Scenes that seem to be about one thing, might actually be about something else. One of the keys to both films are the soundtracks, the use of music, which serves as a counterpoint, and opens up new dimensions to what's shown on screen. Moby, great grandson of Herman Melville, is a sublimely rewarding choice for Southland. These films are mysterious, and for me that's fundamental to my experience of the world. They are dark and funny, they use pop cultural icons and markers to make comments on some of our most profound questions. Plus they are both fun and ridiculous. I can't sum them up and just say they are about one thing. Man, that's what I love, you can't sum them up, or if you do, you miss so much, and hey, well, that's what life is like for me in all it's wacky, multi-colored aspects!
Posted by sunnyjimmy at 11:22 AM