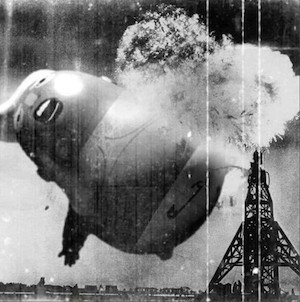 Political/Personal. The Political is Personal. The Personal is Political. It is time to purge your "friends list." It is time for USA to purge the Domestic Terrorists amongst us.
I don't know about you, but I have no problem crossing folks off my friends list. I am a "New Age Guy," I am always talking about positive vibes, peace, love, understanding, but, of course, there are some deal-breakers for me. I adhere to the "asshole theory:" Life is too short to waste my time hanging with, or working with, or working for assholes.
I try to my best to be tolerant of my fellow human beings. I realize people are complicated, human beings are tricky, but there are some ideas and some human beings I just can't tolerate. Like Dylan once sang: "I don't hate nothing except hatred." We must treat toxic ideas, just like we treat toxic, killer viruses. We must isolate & inoculate, work to educate and rehabilitate, if possible.
Identify. Prosecute. Convict. Jail. Shame. Shun.
My Deal-breakers...
Trump
Trump-ism
Hate speech
Domestic terrorism
Mob rule
Insurrection
White Supremacy
Anti-semitism
Racism of all types
Public lying and propaganda
Religious Fundamentalism of all kinds
Authoritarianism
Fascism
Totalitarianism
Misogyny
Xenophobia
Homophobia
Idiocy
Madness
Conspiracy Theory Nonsense
You espouse any of this shit, I shun you, I shame you, I tune you out. I hope you see the light, if not, I hope (as my father used to say), that you get what you deserve. Today they are starting the process of impeaching our Gaseous Little Baby Man Dirigible for the 2nd time.  History in the making. We must totally crush the Dirigible. Impeach. Convict. Imprison. Shame. Shun. Strip him of his company, his finances, his dignity. The same goes with his enablers, and co-conspirators.
Sometimes the only way to defeat a bad idea, is to totally destroy and discredit the leader, to crush the tyrant, and those who follow him. That time is now...
Posted by sunnyjimmy at 8:25 AM