Better To Burn Out and Live to See Another Day! 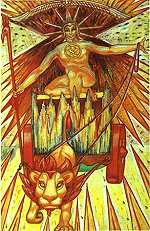 The 25th Abbie Fest took flight last night. We did our part on Stage 2B... it was "Get Right with God," featuring our band, whitewolfsonicprincess.  Yes, 2B as in To Be. Better to be than not to be.  It was an incandescent performance. I can tell by the amount of sweat generated by my body. I pretty much burned up and melted on stage. I am working on different ways to spontaneously combust! Almost reached total flame-out. I really was the "Prince of Wands."

It was just Bass, Acoustic Guitar and Vocals. We are pretty damn tight, even if and when we are ragged, and if we are ragged, it's because of me, I'm spiky & frayed around the edges, but hell, it's not r&r unless someone bursts into flame, or bleeds, or breaks something. That's my role. Being in that little black box theater with a focused and engaged audience just kicked the intensity level up to the freaking max. Intense. We definitely did not "phone this one in." I have the evidence. We recorded the show, we are thinking of maybe posting a few tracks on Band Camp soon!  Maybe a "Live at the Den EP"... maybe!

The band before us, was Names Divine, they played a totally cool, dissonant set of broken and jagged songs. It was completely "broken music," detuned and noisy. Gloriously broken music. I loved it! Day two of the Abbie Fest today... and it's theater for us... "The Cheerleader and the Astronaut" on the Main Stage at 8:00 p.m.  I wonder if I can find another way to reach a new level of combustion?

Note: This is cross-posted over at our r&r diary!
Posted by sunnyjimmy at 9:35 AM