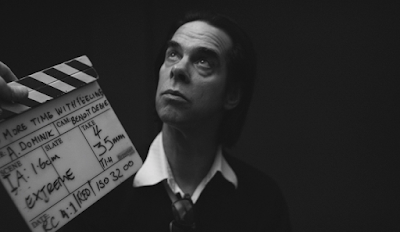 I actually saw the film, "One More Time With Feeling," filmed during the making of the record, before I listened to the album. The film is gorgeous and absolutely devastating. Rich, vivid, otherworldly, black & white. Filmed with a special black and white 3D camera. Even viewing the film in 2D is an extraordinarily overwhelming experience. So personal. Raw. Suffused with power, mystery, unbearable emotion.

At the center of it all, Nick Cave and Warren Ellis, two fantastic creators, locked in an amazing collaboration, two artists working at the highest level imaginable in the shadow of the incomprehensible.

Posted by sunnyjimmy at 8:26 AM