The President WAS a Crook then, and he is a Crook Now... 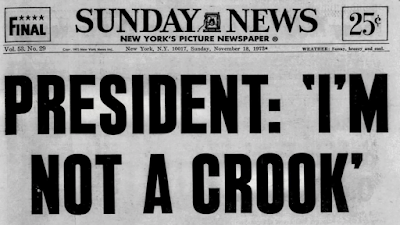 The President is a Crook.

I know, I'm just stating the obvious. And it's obvious lots of folks don't want to know. But it must be stated, clearly, simply, unequivocally: The President is a Crook! A Criminal.

He isn't misunderstood. He isn't a Conservative or Liberal. He isn't a Republican or a Democrat. He isn't being persecuted. This isn't a hoax or a witch hunt.

The President is a Criminal! Now what America?!
Posted by sunnyjimmy at 8:18 AM